On the outskirts of the rural northern Italian city of Modena sits Hombre Farm, a small family-run business that produces what some say is the finest Parmesan cheese in the world.

Yet few of the hardcore foodies who make the pilgrimage to this nascent food capital are aware of the gleaming treasure trove tucked away inside one of the modest, nondescript barns that dot the 791 acres of family-owned farmland. 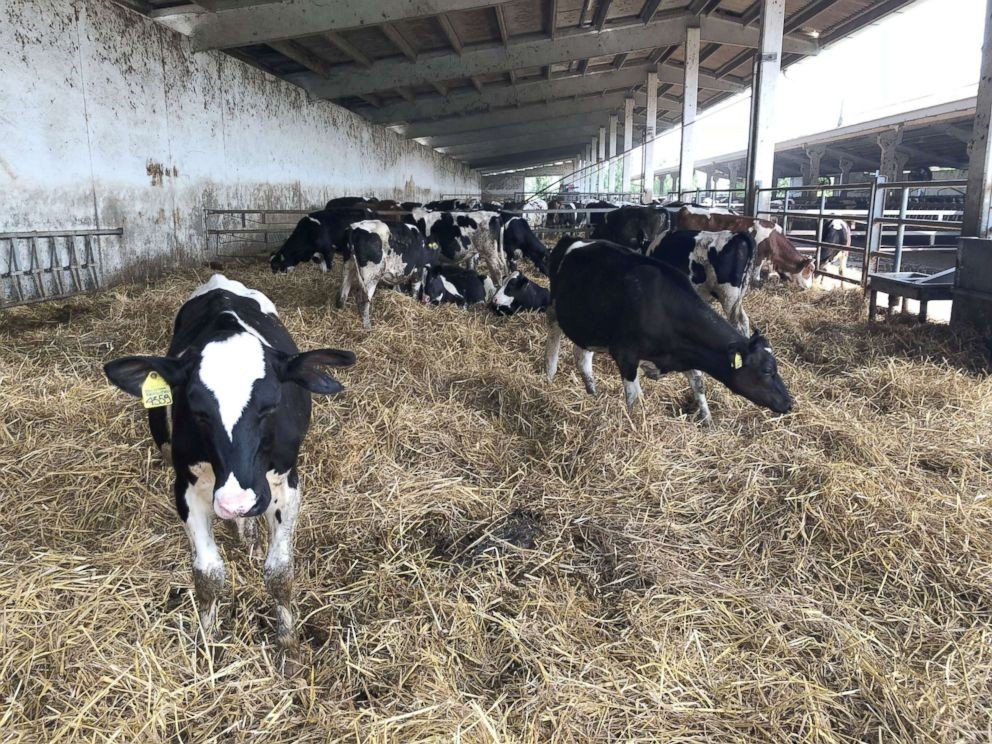 Hombre Farm produces 5,000 wheels of organic parmesan cheese each year. There are more than 550 cows on the farm.

ABC News was recently granted access to the little-known and rarely-seen stash of more than a dozen of the finest automobiles Italy has ever produced – an unparalleled collection of iconic race cars and grand tourers that illustrate the rich history of the Maserati company and serve as a lustrous reminder of the legendary automaker’s racing prowess in the 1920s and 1930s.

Maserati was founded in 1914 by three brothers – Alfieri, Ettore and Ernesto – and has been an integral part of Modena’s identity since the company moved its chief factory here from Bologna in 1939. Today, the company employs about 500 workers at its gleaming global headquarters in Modena.

Umberto Panini, a Modena native, snapped up the collection before it went to auction in 1996. Matteo Panini – along with his two brothers and a sister – inherited their father’s Maserati collection and the family farm when the patriarch died in 2013. 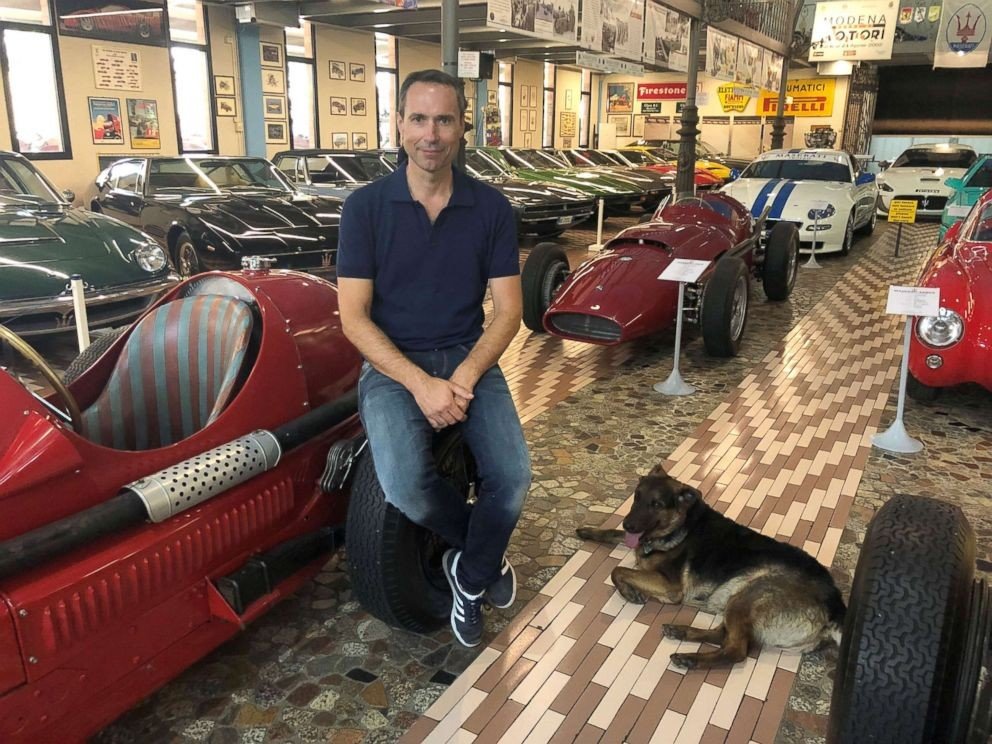 Matteo Panini, with his dog named Car, said his father purchased the collection in 1996 for the "passion and respect" of the people in Modena.

Panini told ABC News that his father jumped at the opportunity to buy the iconic car collection as they were about to go up for sale at London’s famed Brooks auction house. He purchased the entire collection on the spot for an undisclosed price. Many of the cars included in the collection have never come to auction.

Hagerty, the world’s largest insurer of classic and antique cars, estimates the collection is worth at least $30 million today.

Each day, mechanics on the farm convene inside the barn to rev up the cars’ engines and provide the automotive TLC that only a car fanatic can give. All 19 cars, according to Panini, are in mint condition and road-ready, though they are rarely shown at car shows around the world.

On display is the 1934 6C/34, which the great Italian race car driver Tazio Nuvolari won both the Modena and Naples Grands Prix. 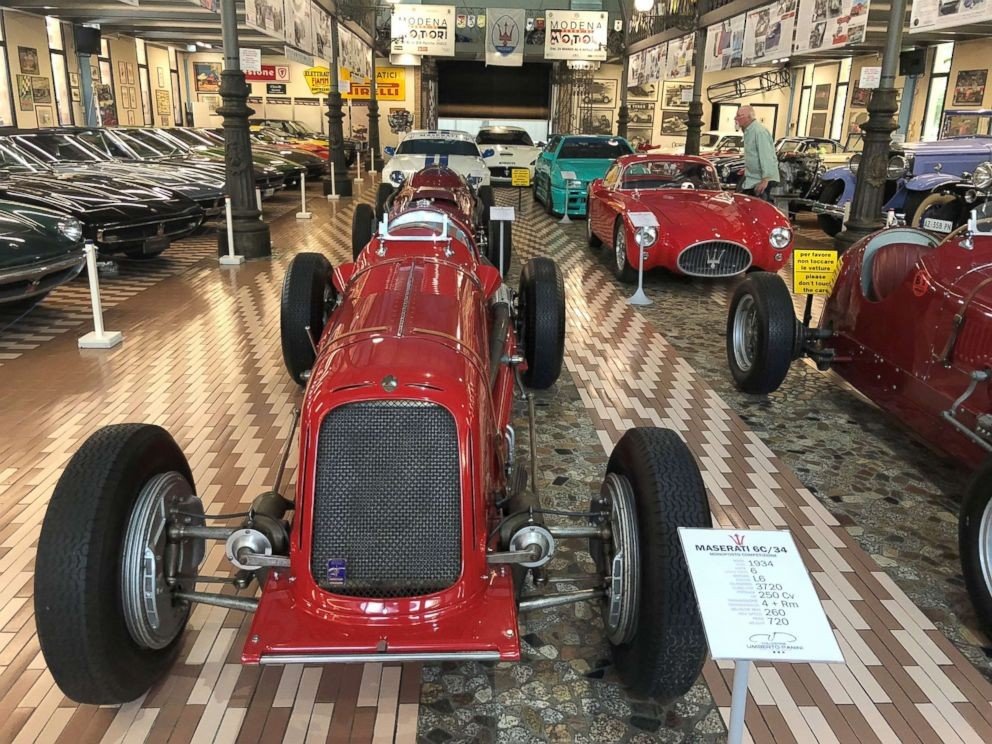 There are several valuable race cars on display, including the 1934 6C/34.

The nimble Tipo 61 “Birdcage” got its nickname from its innovative, steel tube chassis which resembles a bird cage. It was viewed as a revolution in sports car design in 1959 and “represented a return to the company’s winning ways,” according to Brian Rabold, vice president of valuation services at Hagerty. The Paninis also own the successor to the Tipo 61: the Tipo 63. Maserati replaced the 4-cylinder motor with a V12 and moved it from in front of the driver to behind the driver, Rabold pointed out.

The nimble Tipo 61 "Birdcage" is very similar to the Tipo 60 shown here in this file photo.

The A6GCS 53 Berlinetta — of which only four were produced — was built to compete in the Sports Prototype Championship and went on to win important victories in the Italian Grand Prix in 1953 and 1954. Designed by Pininfarina, the Italian coach builder that was Ferrari’s then go-to design house, the A6GCS 53 is “considered one of the most beautiful Maseratis ever built, if not one of the prettiest cars ever built by any company,” according to Rabold. 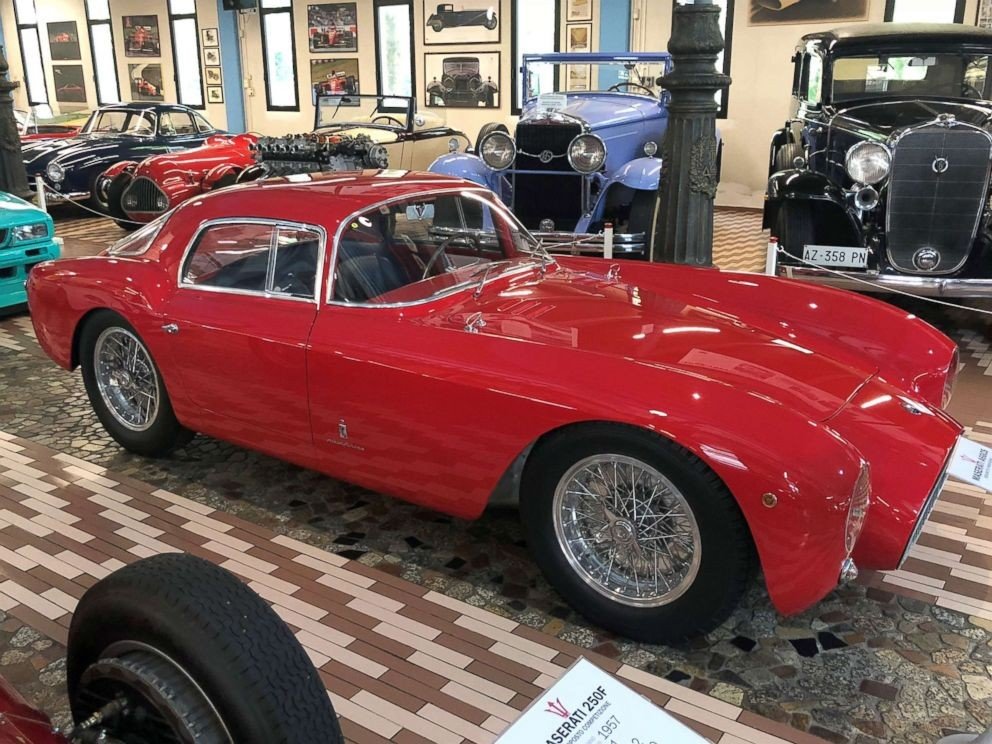 The A6GCS 53 Berlinetta designed by Pininfarina, the Italian coach builder, is one of the most valuable cars in the collection.

The V12 250F was a prototype for Juan Manuel Fangio, a five-time Formula 1 champion. Only one car was produced. Engine problems, however, prevented Fangio from qualifying for the Monaco Grand Prix in 1957. A six-cylinder 250F did race in seven Formula 1 seasons, win the World Driver’s Championship in 1957 and had the honor of introducing the first woman to compete in a Grand Prix in 1958. 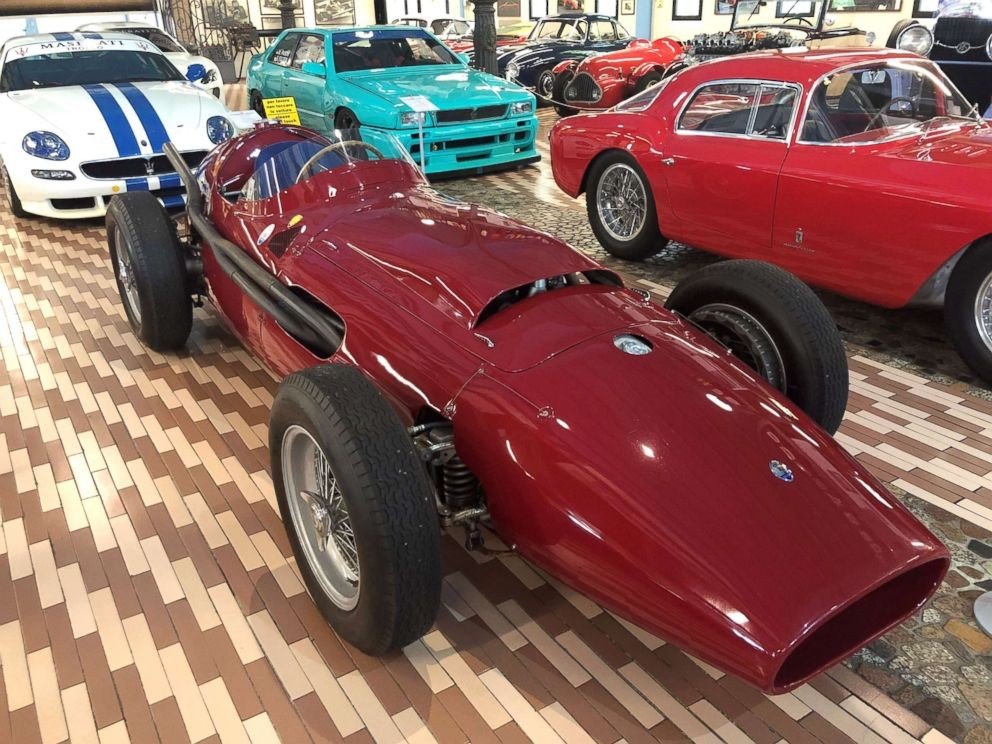 Only one V12 250F race car was produced and it was a prototype for Juan Manuel Fangio, a five-time Formula 1 champion.

The 420M 58 “Eldorado” lightweight racing machine was commissioned by Eldorado Sud, an ice cream company, in 1958 to compete in the 500-mile Race of Two Worlds. Renowned driver Stirling Moss signed on for the job. When the steering broke at 250km/h he was forced to exit the race, later saying it was the scariest motor racing accident of his life, according to Maserati. The unique Eldorado was capable of speeds of more than 200 mph, according to Rabold. 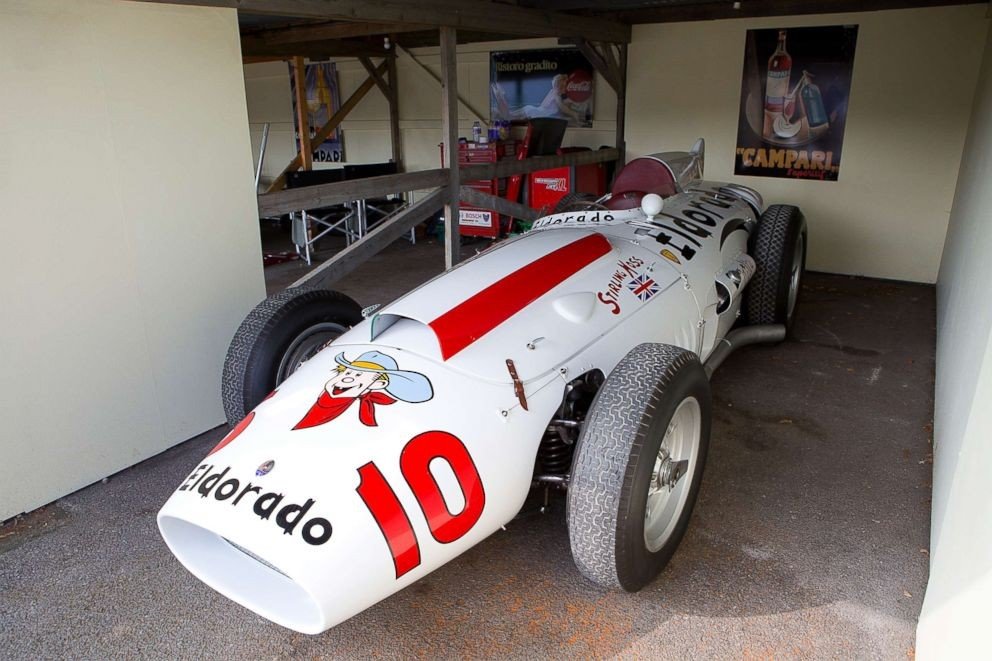 Then there is the 1957 3500 GT, a popular road car whose sales and success contributed to the economic recovery of the company. 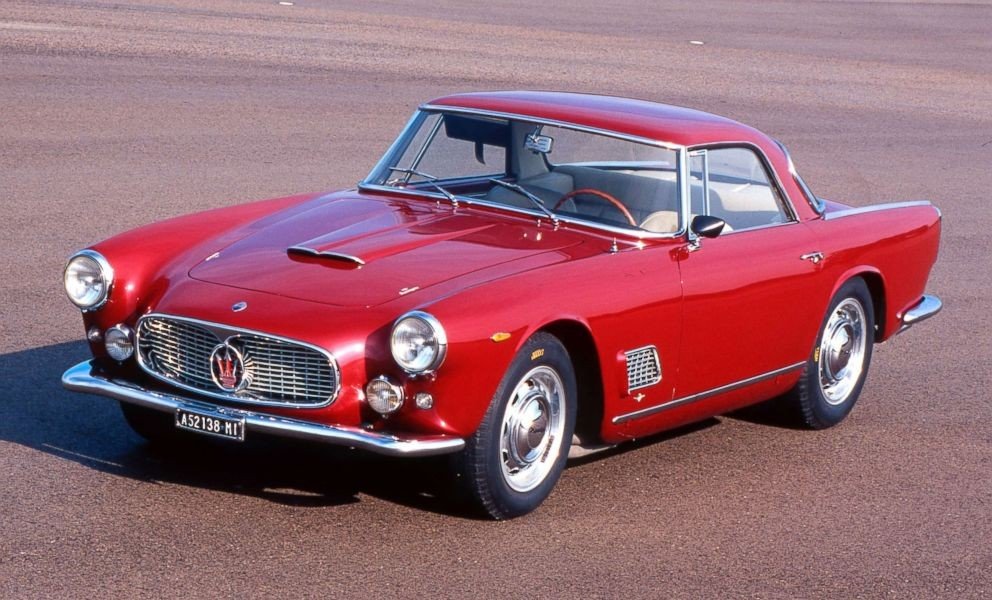 Across town from Hombre Farm, new models of the six-figure GranTurismo and GranTurismo Spyder are meticulously hand-assembled at 24 stations by skilled workers, each one destined for drivers in North America, Asia, Europe and the Middle East.

It takes about 19 days from start to finish for one car, and each vehicle is rigorously tested by both Maserati and a third-party before it’s shipped out of the country. Last year Maserati sold 51,500 cars globally, a number that includes its five models: the GranTurismo, GranTurismo Spyder, Ghibli, Levante and Quattroporte. Five percent of those sales — or 2,917 units — were in Italy. 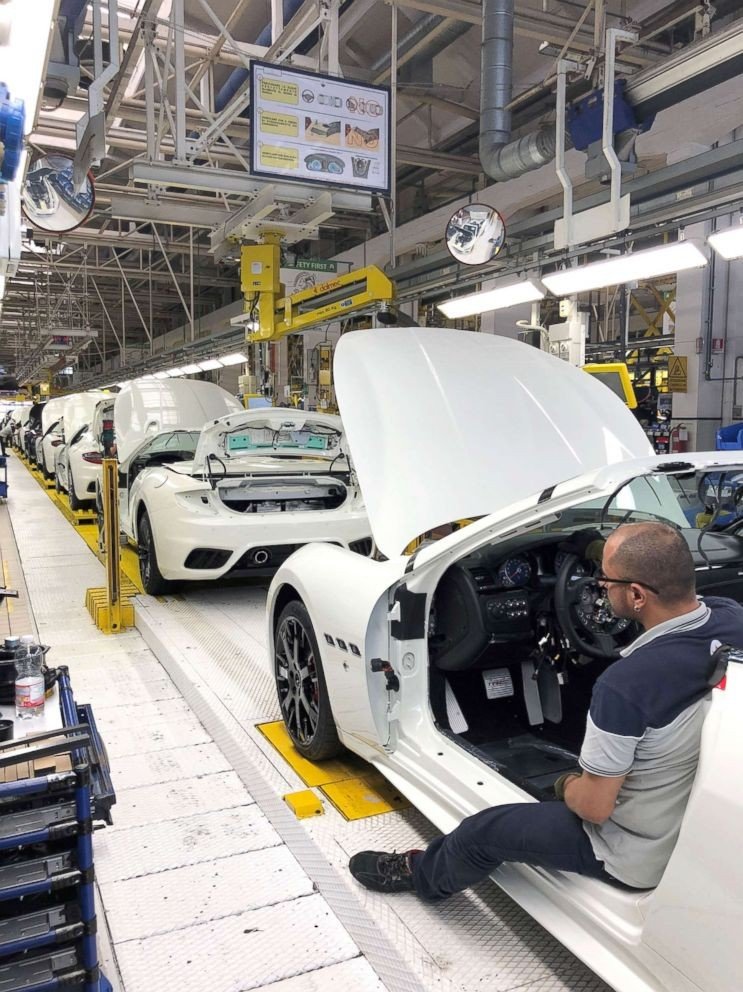 New models of the six-figure GranTurismo and GranTurismo Spyder are meticulously hand-assembled at a factory in Modena.

Panini said he understands the cars’ deep connection to the city and takes the responsibility of being a steward for Maserati seriously.

“It was for the passion, for the respect of the people,” he said. “That’s why my father bought the collection. Each car represents an interesting point [in Maserati’s history.] These cars are some of the most important things made in the city.” 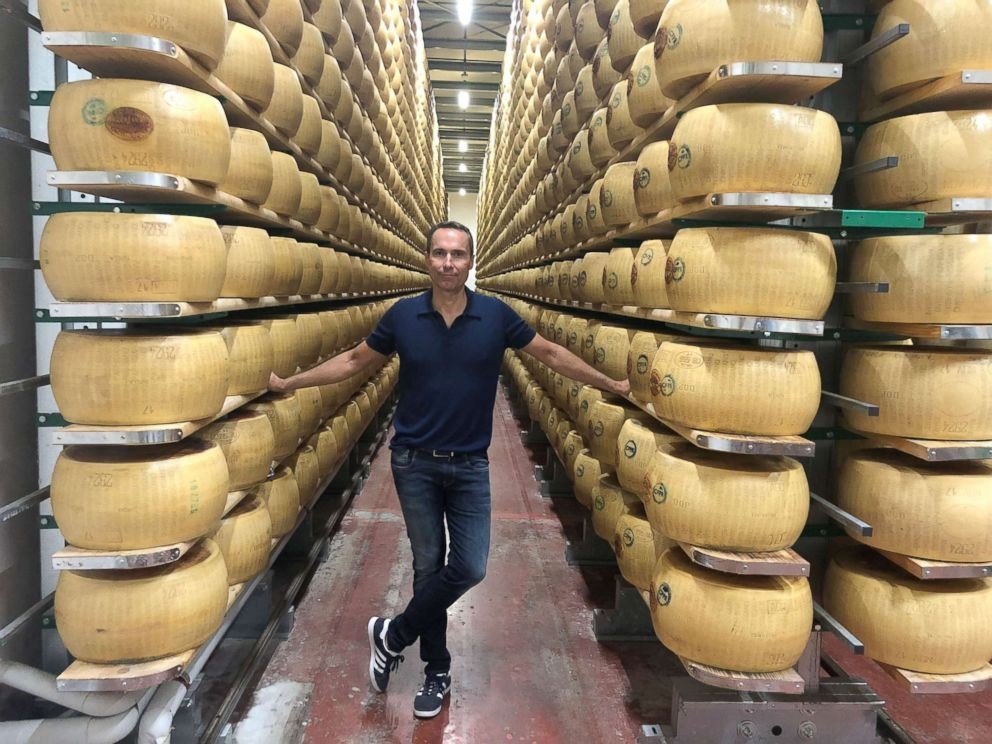 Matteo Panini and his three siblings have taken over their late father's farm and Maserati collection.

The collection, formally called the Umberto Panini Motor Museum, can be viewed at no cost by submitting a request on the museum’s website.

A retired Maserati staffer who accompanied this journalist to the farm said seeing the cars should be a requirement for every Maserati employee.

Use this shortened URL to share your current search results.